Craack! Boom! The sound of a branch breaking off and hitting the corner of the house made me quickly sit up in bed. I was not sleeping soundly anyway due to the howling winds of Dorian, a category 3 hurricane releasing its anger outside my bedroom window. Every 10 minutes or so a strong gust of wind would howl like a bad impression of the Ghost of Christmas Past. All sorts of thoughts were running through my mind. Did I make the right decision to stay and ride out the storm? Was the storm surge and flooding going to cause catastrophic damage to all of us here on the coastal islands? Are the half dozen mature pine trees around my house strong enough to stand fast in this wind? Are the 450 ducklings, geese, and turkeys in the pasture going to survive this? Will the stakes I pounded into the ground to hold the field shelter in place gonna do the job?
I’ve had birds go through severe weather before and it wasn’t pretty. Every day on the farm I learn something new when it comes to raising animals and just when I think I have it figured out, I get thrown a curveball. Some of the hardest and most important lessons in life are earned by making mistakes. I was hoping this was not going to be one of them.

“Oh God it’s gonna be a long day” I said to myself as I put my hands on my head. I was in the midst of the daily move of my 200 pasture raised Pekin ducks. Each day I pick up the temporary fence netting and move it along with a feeder, waterer, and field shelter to new ground. This process provides the birds fresh grass and bugs to eat while getting them off of the previous day’s manure. Normally, I have two mobile fences set up in rectangles so that I open one side of the fence and the birds easily move to the next paddock while still being contained. As I was fiddling with the feeder, one of the ducks found a gap between the nets and walked out with all of his loyal friends following behind. I turned around to see all 200 ducks running away like it was the New York marathon. It was still early and a bit dark outside and drizzling lightly but I could see in the faint light all these little white balls of feathers seeking cover in the thick brush and woods all around.
Usually, on a normal day I can walk slowly behind the birds and herd them in the direction I want them to go like a shepherd steering his flock. Holding out my arms straight, I can wave one hand and steer the birds whichever direction I want them to turn. But not today, today was going to be special. Although it was not particularly cold this morning, the light rain was starting to pick up and making it feel much colder. The birds were not in the open where they were easily accessible, but headed for the thickest most impenetrable brush they could find. They were diving in brush, ditches and briars to escape the rain and exposure. I realized I was going to have to catch them all by hand one by one. I slowly started to make the rounds, placing each bird in a cart until it was full of a dozen birds. Next, I pulled the cart to their new shelter, unloaded the birds, and went back to collect some more. After a couple hours, I noticed some of the birds where somewhat listless and losing their energy. I also noticed their bills which are normally a bright yellow, had turned very pale in color.
Ducks typically need to be indoors, protected from the elements, and kept warm and dry until 2-3 weeks of age at which time they grow out their downy feathers. The downy feathers act as a waterproof layer to keep their skin dry and warm. This batch of birds was now 5 weeks old and had plenty of feathers to keep them dry and warm, or so I thought. I figured the ones with the pale beaks and low energy were probably a little damp in addition to being stressed from the whole ordeal of running and being chased around. I thought to myself they will be ok once they get under the new shelter and dry off a bit. Turns out I was wrong.
After 4 hours of chase and catch, nearly half of the 200 ducks went into shock and died. I was exasperated, exhausted, and devastated. I put so much time and energy into giving these birds the best life I could provide by moving them every day outside so they would have fresh grass to eat and fresh ground to sleep on. I believed I was developing a system that was superior to conventional livestock farming where they are in a confined house packed on top of one another surrounded by manure and filthy air. I believed I could improve the health and welfare of the birds by giving them fresh air and vitamin enriched vegetation and avoid medications and vaccines. Yet, here they were dying right in front of me. I started to question what I was doing and why. I wanted to raise clean chemical-free food naturally, emulating nature while helping the environment, but this was not even humane to these poor birds. This was not the regenerative utopian farm that I had envisioned. Maybe I have this all wrong, maybe the conventional farming method is what it is for a reason. My resolve was that I needed to learn from this, figure it out, and push on.

Hurricane Dorian has been having its temper tantrum all night and into the morning. The house is still intact and has not suffered any damage. I consider myself very lucky. There are a number of large trees and branches down in the yard including the top of one of the large pines, but I know it could have been much worse. The storm is far from over and winds are still gusting up to 60 mph, but I can’t take it anymore. I must go and check on the birds in the pasture. The pasture is only about 300 yards from the house. If a running back can cover that distance in seconds, then maybe I have a chance. I throw on my rain gear and dash out the door.
Before the storm, I did the best I could to prepare the birds. I moved them to higher ground in case of flooding. I also staked down their field shelter, which is just a basic PVC shelter with a tarp over it to keep them dry. I also added some additional bungees and tie downs to hold the tarp knowing I didn’t really have any other options. I just hoped it would be enough to keep the shelter from blowing away.
Sprinting to the pasture to avoid any falling limbs, I think back to the birds I lost last November. It wasn’t cold today, but the birds I lost last November were 5 weeks old, these birds are only 3 weeks old. I had this sinking feeling that all the birds were going to be dead. I ran faster. As I approached the field I could see the shelter still in place where I left it, “that’s good” I thought. As I got closer, I noticed the tarp was completely gone and not providing any cover. I was happy the stakes held, but how long could the birds be exposed to hurricane force rain and wind with no cover? My stomach was churning. I was nervous. I get to their paddock and step over the fence, my eyes searching for any sign of life. The geese are up and about and honk to greet me. Turkeys are drenched but mingling about. Where are the 400 ducklings? I walk all the way to the back of the paddock. There they are, all huddled together alive. I look around for dead bodies expecting to find them strewn about. The result…only one dead turkey. All the ducklings and geese are alive and well. “Wow!” I said as I let out a huge sigh of relief. I can’t believe after a category 3 hurricane and little to no shelter, I only lost 1 bird. These are amazingly resilient critters. I walked back to the house feeling so much better with the weight and dread lifted off my shoulders. My wife looks at me as I walk in the house with a nervous glance. “Its ok” I said, “they made it”. 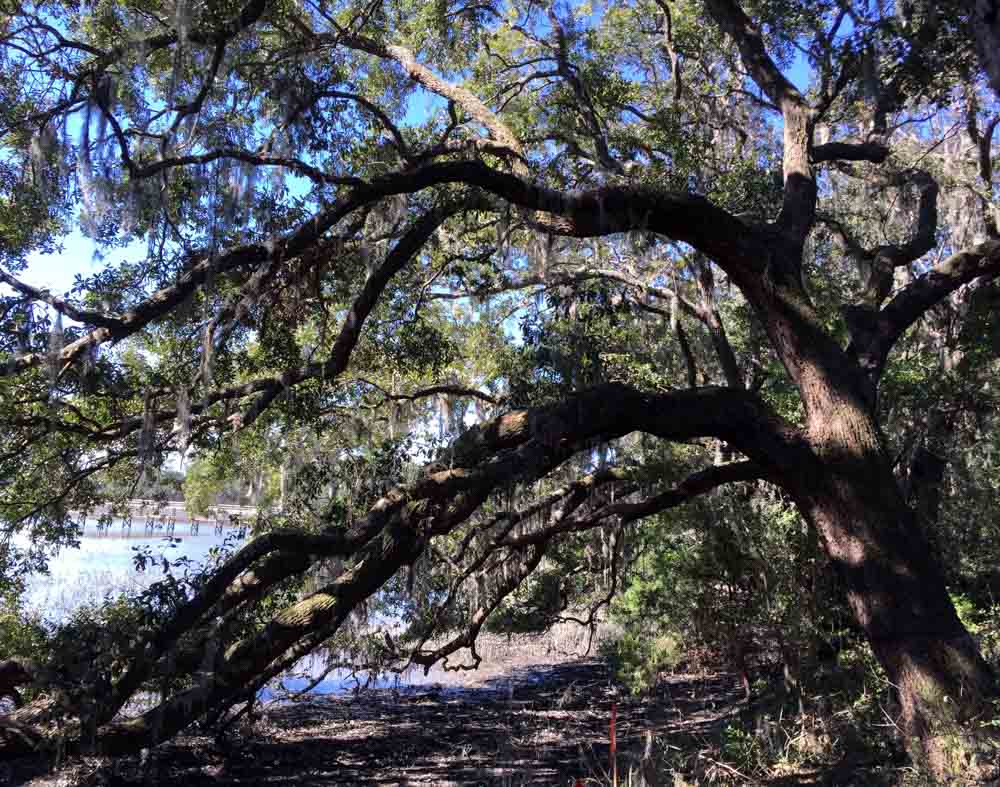 All sorts of thoughts were running through my mind. Did I make the right decision to stay and ride out the storm? Was the storm surge and flooding going to cause catastrophic damage to all of us here on the coastal islands? Are the half dozen mature pine trees around my house strong enough to stand fast in this wind? Are the 450 ducklings, geese, and turkeys in the pasture going to survive this? 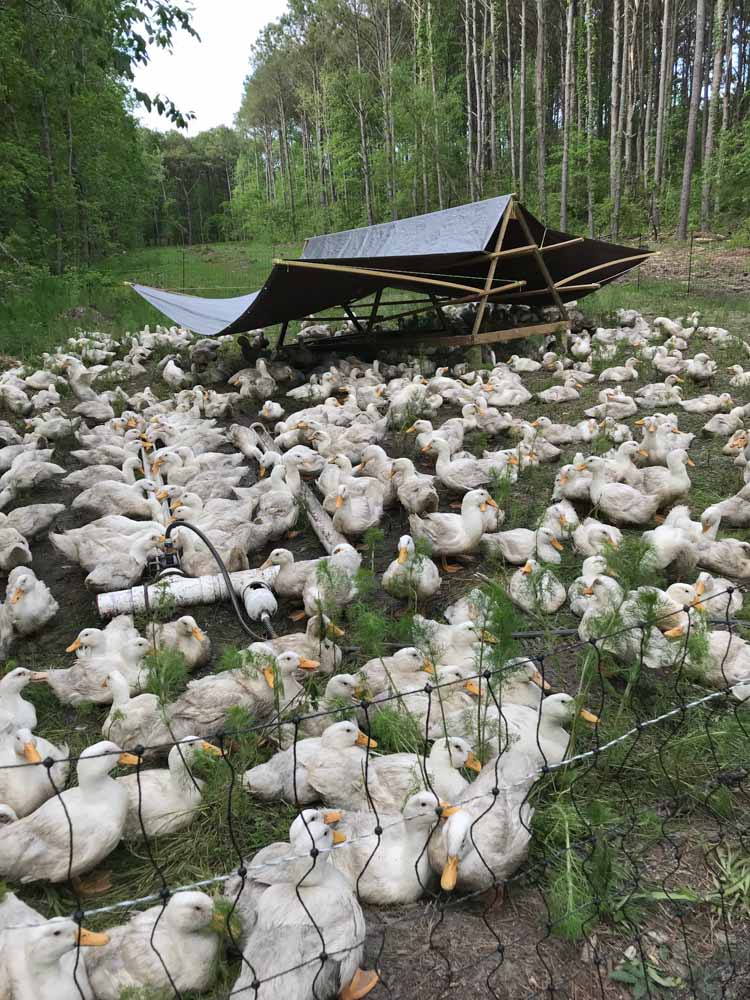 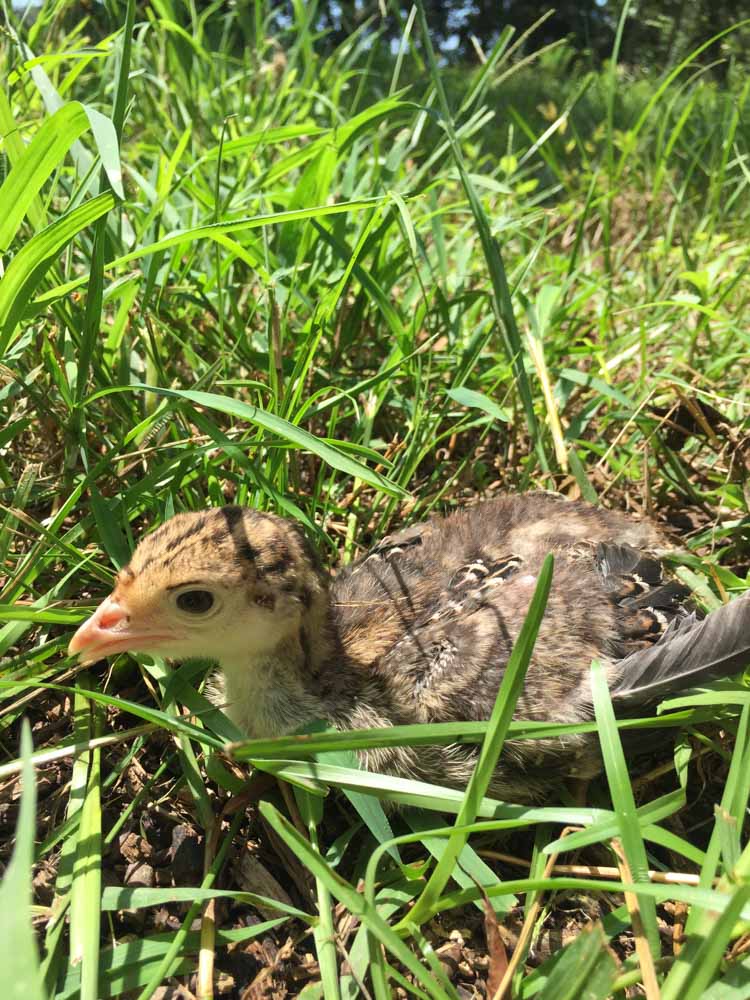